Pakistan and Poverty – A Never-Ending Cycle

Pakistan and Poverty – A Never-Ending Cycle

Pakistan and poverty have always worked hand in hand. Poverty eradication is a huge task for a country like Pakistan.

Pakistan is a third-world and underdeveloped country. Most of its population lives in adverse conditions. In fact, reports highlight that more than 40% of its population lives below the line of poverty. This means that 4 out of 10 Pakistanis are living in poverty. Unfortunately, Balochistan is the worst among the provinces, according to Pakistan’s first-ever official report on multidimensional poverty.

A large number of people in Pakistan do not have a proper place to live. Consequently, a large number of beggars and needy people live at the mercy of the rich. The economic conditions of an average individual are unsatisfactory.

Poverty is a Curse

Poverty, hunger, and unemployment afflict a large percentage of the population. A study on poverty has brought Pakistan face to face with a reality that it will find hard to accept: every third Pakistani is caught in the ‘poor’ bracket.

This includes more than 50% of the population of Balochistan, 33% of Sindh, 32% of Khyber Pakhtunkhwa, and 19% of Punjab. These are daunting figures, but they are a necessity for planning.

The Sustainable Development Policy Institute -which carried out this economic-mapping exercise- called for the release of government figures and for a policy to combat acute poverty. These facts are being kept under wraps and that is a great peril to the country.

Moreover, the prices of necessities have rocketed whilst, average incomes still remain the same. This has contributed to the spread of hunger.

The growing incidence of unemployment caused by inflation is highly execrable.

Problems that are Causing Poverty

1) No Population Control In Pakistan

The country is facing a population explosion. There are more mouths to feed than there are hands to earn i.e. the dependency ratio has increased. With the limited average income, an individual cannot afford a large family. This cycle of poverty is continuous.

Hence, the poor remain poor, whilst the rich become richer. The main cause of poverty in Pakistan lies in the difference between the lack of resources and the population increase.

Most of the people in Pakistan are uneducated. Consequently, they are ill-equipped to lead a good life.

Modern machinery is mostly computerized. An uneducated person cannot understand and operate a computer. Thus, these people cannot increase production in mills and factories. Ultimately, they remain poor until the last day of their lives. Another cycle ensues.

The economic system of Pakistan is based on feudalism. A wealthy landlord keeps small farmers and workers under his political slavery.

In Punjab and Kyber Pakhtunkhwa, feudalism is prevalent. The economic condition of farmers cannot become better in the presence of feudal lords.

There is an absence of social, cultural, and economic justice in Pakistan.

The economic disparity between the rich and the poor has disrupted the vitals of society. To make matters worse, no ruler has paid attention to the issues regarding classism.

Most of the rich persons do not pay taxes; they do not abide by any laws. They enjoy the comforts of life without any hindrances.

Poverty in Pakistan exists due to the scarcity of jobs in the public and government sectors. Our rulers have failed to build new dams, industries, and roads in the country.

The shortage of electricity and gas has resulted in the closing down of mills and factories. Resultantly, the uneducated workers remain unemployed, and whilst the educated people have degrees, they do not have job opportunities. Lack of resources becomes an obstacle once more.

To solve this cause, Pakistan has to adopt the following measures:

1) No Politics Of Electables In Pakistan

The rulers of Pakistan must discard their lavish way of living. They must be one with their people; they must lead a life of a common and hardworking person.

Furthermore, over-population needs to be controlled. Family planning is imperative. More industries, mills, and factories should be set up to provide jobs to the workers and small farmers.

Education needs to be made compulsory for all the individuals in Pakistan. This will increase opportunities and help surpass the education barriers. Moreover, quality education is also crucial.

Poverty is the parent of crime and revolution. It is a man-made concept that needs to be eliminated.

Read also: From a Recession To a Depression 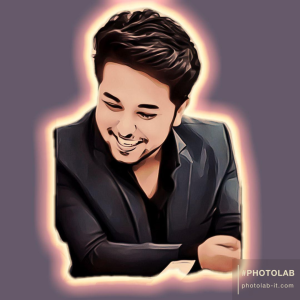 View all posts by Talha Saleem

At the beginning of the new decade 2021, let’s looks at Pakistan’s recent year trends…

According to the National Command and Operations Centre (NCOC) on September 17, 22 educational institutes…

Cardi B Files For Divorce from Offset