Thousands from Turkey, Europe and the Middle East came together to pray at the 1,483-year-old Hagia Sophia Mosque for the first time in 86 years.

President Tayyip Erdogan, joined thousands of Muslims at Istanbul’s landmark Hagia Sophia on Friday for the first prayers in 86 years at what was a cathedral, mosque and then museum before its re-conversion into a Muslim place of worship.

Istanbul Governor, Ali Yerlikaya said authorities had stopped people entering the area as crowds grew due to concerns about the spread of the coronavirus. On Twitter, he called for patience and said the mosque would be open for prayer until Saturday morning.

Orthodox church leaders in Greece and the United States were to observe “a day of mourning” over the inaugural prayers.

Built in the early 6th century, Hagia Sophia witnessed the rise and fall of several empires, reopened as a museum and became a symbol of the blending of East and West cultures and one of Turkey’s most popular tourist attractions.

“Muslims are excited, everyone wants to be at the opening”.

The move sparked dismay in Greece, the United States and among Christian churches who called on Mr Erdogan to maintain it as a museum as a nod to Istanbul’s multi-religious heritage and the structure’s status as a symbol of Christian and Muslim unity. Pope Francis expressed his sadness.

In a brief inspection, Mr Erdogan took stock of the conversion work, his office said, providing pictures showing scaffolding inside the building.

“This is Hagia Sophia breaking away from its captivity chains. It was the greatest dream of our youth”

According to the statement of Turkey’s Religious Affairs, entry to the mosque will now be free, while intricate mosaics of the Virgin Mary, Baby Jesus and other Christian symbols will be covered with curtains at prayer times.

However, religious and nationalist groups in Turkey have long yearned for the building, which they regard as the legacy of Ottoman Sultan Mehmet, the Conqueror, to be reverted to a mosque.

“This is Hagia Sophia breaking away from its captivity chains. It was the greatest dream of our youth,” Mr Erdogan said last week. “It was the yearning of our people and it has been accomplished.”

He also described its conversion into a museum by the republic’s founding leaders as a mistake that is being rectified.

In New York, the Greek Orthodox Archdiocese of America, called the inaugural prayers a “cultural and spiritual misappropriation and a violation of all standards of religious harmony and mutual respect”. It called on the faithful to observe a day “of mourning and of manifest grief”.

Why was Erdogan’s move controversial?

Islamist groups and devout Muslims in Turkey had long called for Hagia Sophia to become a mosque again, but secular opposition members opposed the move.

Pope Francis responded by saying that his “thoughts go to Istanbul”, adding: “I think of Santa Sophia and I am very pained.”

However, the head of the Eastern Orthodox Church, Patriarch Bartholomew I, warned that the conversion of the building would “disappoint millions of Christians” and fracture two worlds.

The World Council of Churches, a worldwide Christian organisation, warned the decision would sow division.

However, he added that the building would remain open to all Muslims, non-Muslims and foreign visitors.

Many Turks were skeptical. A former Erdogan ally, Ali Babacan, said Hagia Sophia had “come to the agenda now only to cover up other problems”. 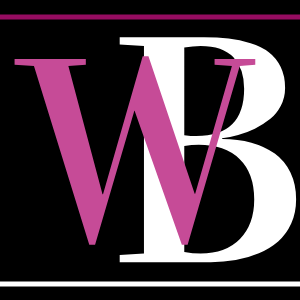 I've 8 months exp in online seller & 6 months exp in freelancer online work.
Ability to write content according to domestic clients requirements. Ability to generate content in a clear and precise manner. Highly motivated and eager to learn new things and to explore the new areas and work in a dynamic stable organization. To gain new experiences and to utilize my interpersonal skills to achieve these goals.

View all posts by Sualeha Mughal

At the beginning of the new decade 2021, let’s looks at Pakistan’s recent year trends…

According to the National Command and Operations Centre (NCOC) on September 17, 22 educational institutes…

Cardi B Files For Divorce from Offset